It's a set of 6 little stamps with the theme, MOVE, and a couple of dinosaur buttons!

YUMMY! check it out.. candy

OK, here's something a little different - should maybe just be called Goodies, instead of candy since it's all about cupcakes! check it out.
March 2
http://sweetteadiaries.blogspot.com/2009/02/sweet-tea-diaries-first-ever-giveaway.html
Posted by terriavidreader (IN-USA) at 2/26/2009 05:34:00 AM No comments:

Fantastic Candy until Friday;
Personally, I just love the customizable cupcakes!! But check out all the new stuff!
http://elzybells.typepad.com/my_weblog/2009/02/its-release-day.html
Posted by terriavidreader (IN-USA) at 2/25/2009 05:59:00 PM No comments:

A giveaway from Alayna's Closet
Wed., March 4
http://customcreationsbysydnei.blogspot.com/2009/02/simply-sweet-treatsalaynas-closet.html
Posted by terriavidreader (IN-USA) at 2/25/2009 11:35:00 AM No comments:

Some pics of my cards... 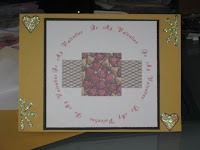 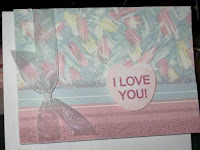 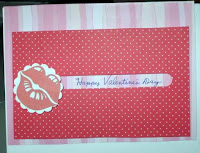 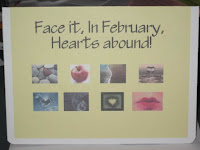 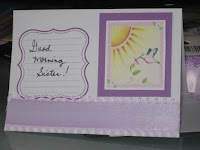 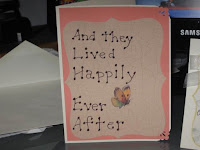 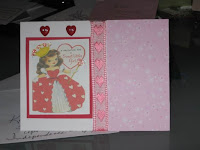 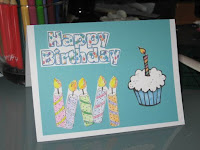 I don't often write much in the blogs I visit. I have a limited amount of time I'm cruising around and want to see so much of what's out there. I do often go back through archives and look at older posts for pics of the cards and to find out new styles (new to me at least) and things. I just heard back from a few people wishing I'd left more of a note - so I promise to try to remember to do that.

I sort of started this blog because so many blog candy entries required a blog (or at least asked you to have one) and that was my main motivation. Now that I'm having a little more fun with this, I promise to try to make better comments on other's blogs because I do so appreciate the effort that goes into it, and all the talent that they are willing to share!

So if you've stopped by here because I've entered your blog candy, or you've seen I've stopped by your blog - thank you, and I will be back and hopefully leave you a better comment than previously. Just know all those blogs are partly why I started making these types of stamped cards and it's because you have all shared so much so clearly that enabled me to do it!

Don't know why I have never received the two other previous wins!! Has anyone else had problems with actualy receiving their blog candy wins? Let me know if you have, I'd like to know if I'm the only one.

Nothing has arrived yet from either of them!
Those were the Blog Candy win from Pink Papery Studios on 12/23/08 which still has NOT arrived (after almost 60 days!!).
Also have NOT received the 2nd Prize Blog Candy Win from Queen Kat Designs from their January Release - a win on 1/11/09 - and it's basically been six weeks.

I just don't get this. If Blog Candy is offered, I believe it should be mailed within a couple days of the drawing. At least that's the assumption I believe most people entering the contest have - I do, and in chatting with a few other bloggers they've said the same thing.
I don't know why those two candy wins still haven't arrived, I've been told they were shipped some time ago, but nothing from them has arrived at my home! I was expecting something at least within 2 weeks of winning. I think most people believe that's plenty of time! One company told me it always takes 10 days. Well, it's long past that on both of them! One of the blog candies I recently won and already received, came from the UK and arrived within 6 days! (Thanks Suzanne!)

It really makes me wonder why these others have taken so long, what happened to the packages, and why apparently no followup into this matter with the post office or other shipper to find the missing packages. I can't follow up myself, except to contact the companies (and have done that at least twice with each one). So I guess these cannot actually be counted as blog candy wins.... to me they are blog candy losses.

This is extremely frustrating!
And finally, it definitely makes me wonder about ordering things from these companies.
Posted by terriavidreader (IN-USA) at 2/20/2009 01:15:00 PM 1 comment: 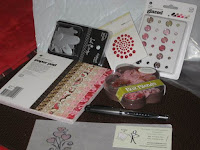 BIG NEWS!
I just got an email stating I won the Mad Cropper/Scrappy Jo Valentine prize giveaway! I'm so excited.
Ya know, sometimes I've wondered why I share all the blog candy sites I find because I wonder how much that decreases my chances of winning, but I love sharing, and this is a free to me and easy thing to do, and I still win sometimes!!

I also have to share that I don't have many card making supplies, but I have been purchasing some punches when I get coupons at the local craft stores, and yesterday I went to a local Flea Market and found a Martha Stewart border punch for $2. Just last week I also found 3 or so very small animal stamps for just 50 cents each. And the wallpaper samples and borders have really come in handy. I'll add some pics later today if I can get it to work.

A Little Love... for the challenge/blog contest @ 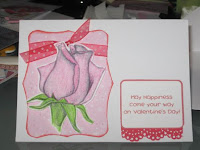 A Whole SET of Blog Candy...

YUMMY and Someone's blogaversary too

Hurry on one - blog candy alert


Til Feb 14: http://www.madcropper.com/mad-cropper-valentine-giveaway-win-great-prizes-from-scrappy-jos/ (Announcement on the 15th)

Well, here is my LOVE card for the challenge at http://kaboodledoodles.blogspot.com/
This continues until Feb 14. Check it out.
Posted by terriavidreader (IN-USA) at 2/01/2009 08:26:00 PM No comments: 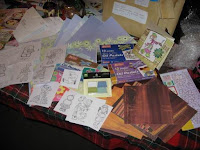 Whoo Hoo!
Well, I think I mentioned before that I won some Blog Candy from the KraftyKidFamily blog on January 26th! Well, the package arrived yesterday! I am so happy. The prompt delivery was a big thing for me (as I had won from Queen Kat Designs in January, and also from Pink Papery Studios in December, and NEITHER of those have arrived yet). This package came from Edinburgh - airmailed no less! My photo of it all is included, but it doesn't do justice to the wonderful items included!
Talk about a kid in a candy store! I'm having fun today. Thanks again Suzanne!
Posted by terriavidreader (IN-USA) at 2/01/2009 09:46:00 AM 1 comment: