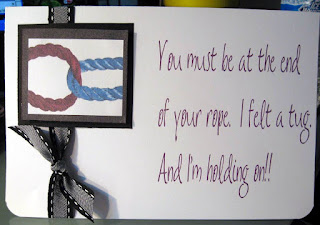 This first image with the ropes is for a friend who just received some really horrific news recently and he called to chat. I so want him to feel better today! He's a sweetheart.

**edited**
had to remove a card - shouldn't have posted it until after the Challenge at Simply Sassy Designs - It will be back shortly!

This third one, mostly purple, is for a birthday challenge at the Little Paper Shop. I used the stamps from Floral Frenzy added to the background paper and then some embossing to make some of them pop. The sentiment is from one of the Stamps and Smiles sets, Carl the Cupcake I thinnk. 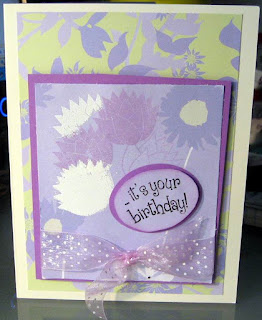 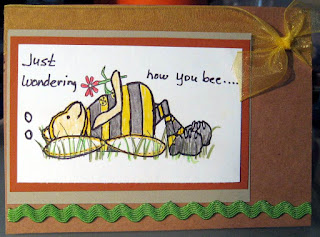 The bee is from an image from Simply Sassy Designs and it's for a friend who's recovering after being in the hospital 3 times in 3 weeks. He's had it kinda rough and I've been sending him some cards to hopefully cheer him up a little.

These are all so cute!! Love the rope idea! FANTASTIC!

Wonderfully creative cards, I love the first one, such a great idea
hugs
En x

What great cards!!! Thank you so much for stopping by my blog during the Paper Popsicles blog hop!!

Love your cards. Love the style of each!

I love your Digi Shack boots:o) Remember that tomorrow all of this months freebies become pay items, so hop over there and pick them up before there gone:o) Good luck with my candy.

These are GREAT!!! Thanks sooo much for playing along and wish you the best of luck winning!!!

how much fun is your site? i love it :) thanks so much for posting to my blog candy..good luck dear. I have been checking out your work and would love for you to join us for the Midnight Madness Sketch Challenges if you have the time..we are a fun gang :)
Thanks
Priscilla
http://priscillastyles.blogspot.com