Sympathy cards - and some blog candy? 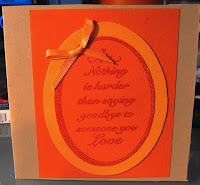 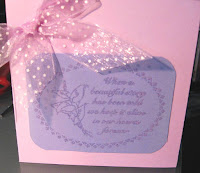 Doesn't seem like those two words, sympathy and candy go together, does it.
But... go check out http://jesskittelson.blogspot.com/2009/08/comfort-military-spouse-and-win-some.html and you will more fully understand.

I spent a fair amount of time today just making up a few sympathy cards. Not exactly a fun task, but in a way, it was nice. I personally was very disappointed in our government for "taking a moment of silence out of respect for Michael Jackson" but they don't find the same kind of time and courtesy is necessary for a fallen soldier, or not even a bunch of fallen soldiers. Yea, I understand they can't do that for every single one (well, they could but won't). And, don't get me wrong, I'm glad they did this for Michael and his family, and I love Michael's music, and I was so sorry at his death, but something in the news just a day or so later, really ticked me off that they don't seem to hold the same respect for our own military. So when I saw this opportunity for me to personally contribute.... well I jumped at it.

I have no one in the military, so it's not like this is a personal crusade for me, but I think it's just a matter of knowing/doing what's right. And our governmental leaders DO NOT. 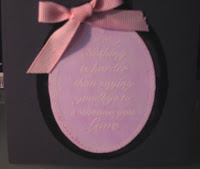 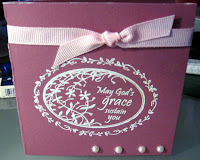 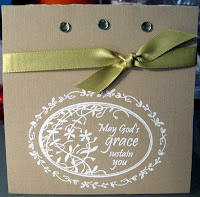 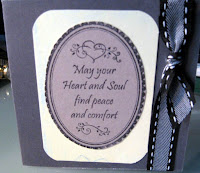 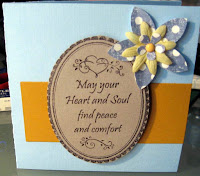 Wow! What wonderful cards and a great cause. The military holds a special place in my life and I love finding others that appriceate our military.

They are beautiful! I can't till I have them all and turn them in. (I've got the feeling nobody else has thought about donating sympathy cards before!)I'm checking the mail daily!

Your cards are beautiful. I know they will help to comfort military families who have lost a loved one.